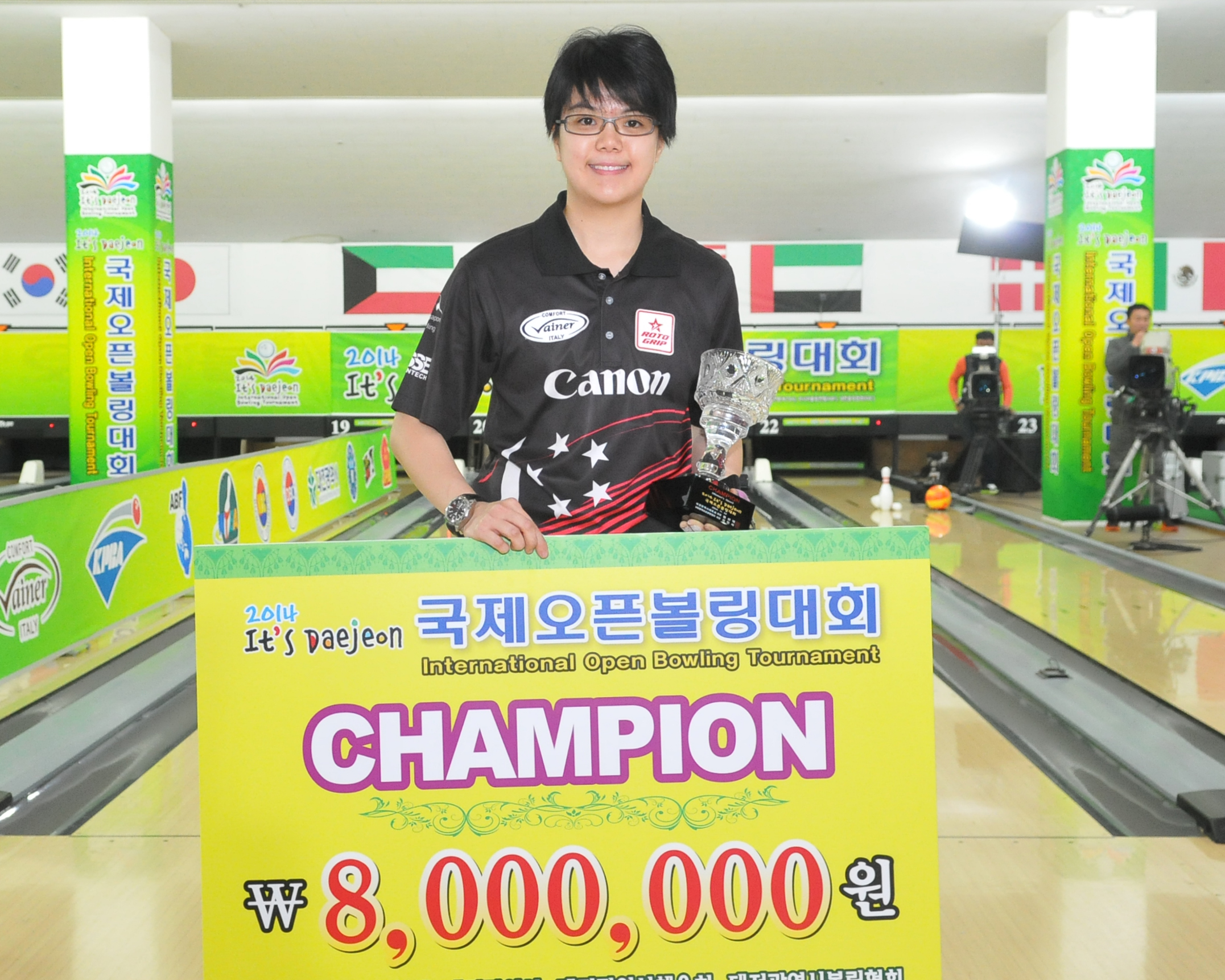 Tan had an early scare when she failed to convert a single spare in the second frame. But the Singaporean recovered to reel in six consecutive strikes to take a big lead over her opponent. Although Sung struck twice in the sixth and seventh frames, the match was really beyond her reach going down, 202-246.

“I had an early scare when I missed the single pin spare, but fortunately I strung together a few strikes to settle my nerves,” said the 26-year-old Tan, whose last major title was winning the 2012 DHC-IBC in Japan apart from her recent Team gold medal at the 2014 Asian Games in Incheon.

Song pocketed the top prize of 40 million Korean won (approx. US$37,200) as champion while Choi settled for 20 million won. The Canadian earned 10 million won for finishing as second runner-up while Jang and Lee took home 5 and 3.28 million won respectively for finishing fourth and fifth positions.

Six overseas men and six overseas women together with more than 140 local bowlers comprising of amatuer and Korean professionals made the finals from best of three attempts from November 14.

120 from the Open division bowled two blocks of 8 games each over two days for the top 5 to make today’s TV Finals. The 42 women bowled 9 games for the top 2 to appear in the finals.

The tournament is the second stop of the 2015 PBA-World Bowling Tour, which is a major WBT and will earn points toward the Grand Finals next year.