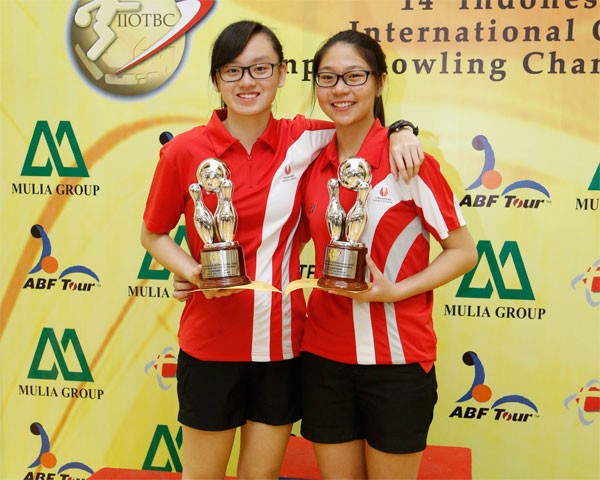 2016 World Youth Championships Masters silver medallist, Chua led her team-mate from Singapore Sports School by just two pins going into the tenth and final game. It was indeed a tight finish when Wee snatched the crown with 174 whilst Chua managed only 171.

The 16-year-old Wee, who has been bowling for eight years and in her fourth year at Singapore Sports School, captured her first-ever international youth title with a total of 2021 and the top prize of 10 million rupiah (approx. US$760)

Chua, who had also been bowling for eight years and in her fourth year at Singapore Sports School, finished as first runner-up with 2020 to settle for 7 million rupiah.

Tiong, who was in third position a further 2 pins away, ended the final strongest with 221 to snatch the title with 2120. Despite posting 203 in the last game, the Kuwaiti settled for first runner-up with 2117.

Islam also ended well with 208 but was only good enough to secure second runner-up spot with 2109. Paolo Hernandez of Indonesia took fourth spot with 2002 while Merwin Matheiu Tan of Philippines completed the top five with 1981.

Jenae Wee with her champion’s trophy