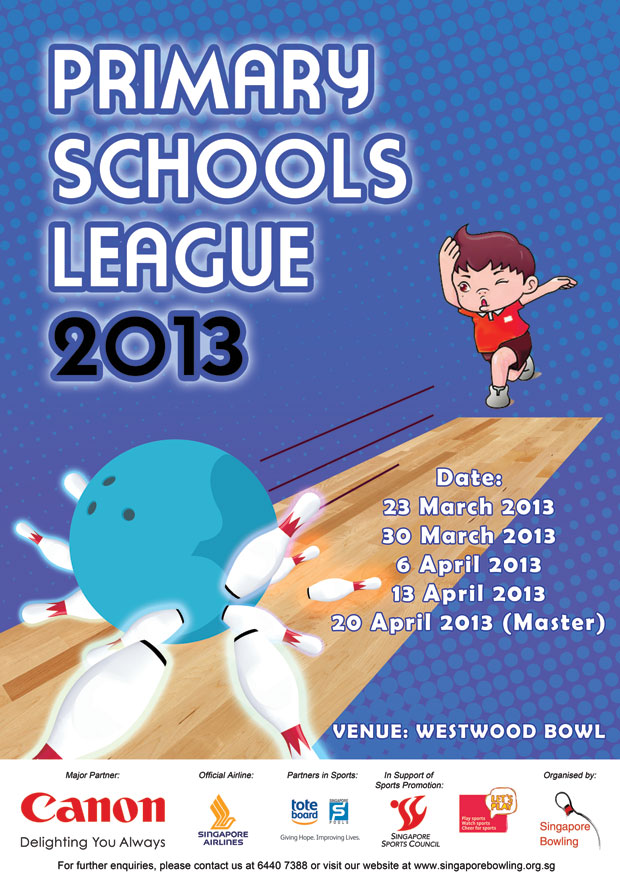 The Primary School Bowling League 2013 is open to all Singapore citizens, permanent residents and foreign students studying in the Primary level (Primary 1 to 6 students) below the age of 13 years old as at 1st January 2013, each of which must individually and collectively qualify under the constitution, rules and regulation of Singapore Bowling Federation.

This League shall be played in accordance with the Rules and Regulations of SBF. This is a Foursome League of Boys & Girls Teams.