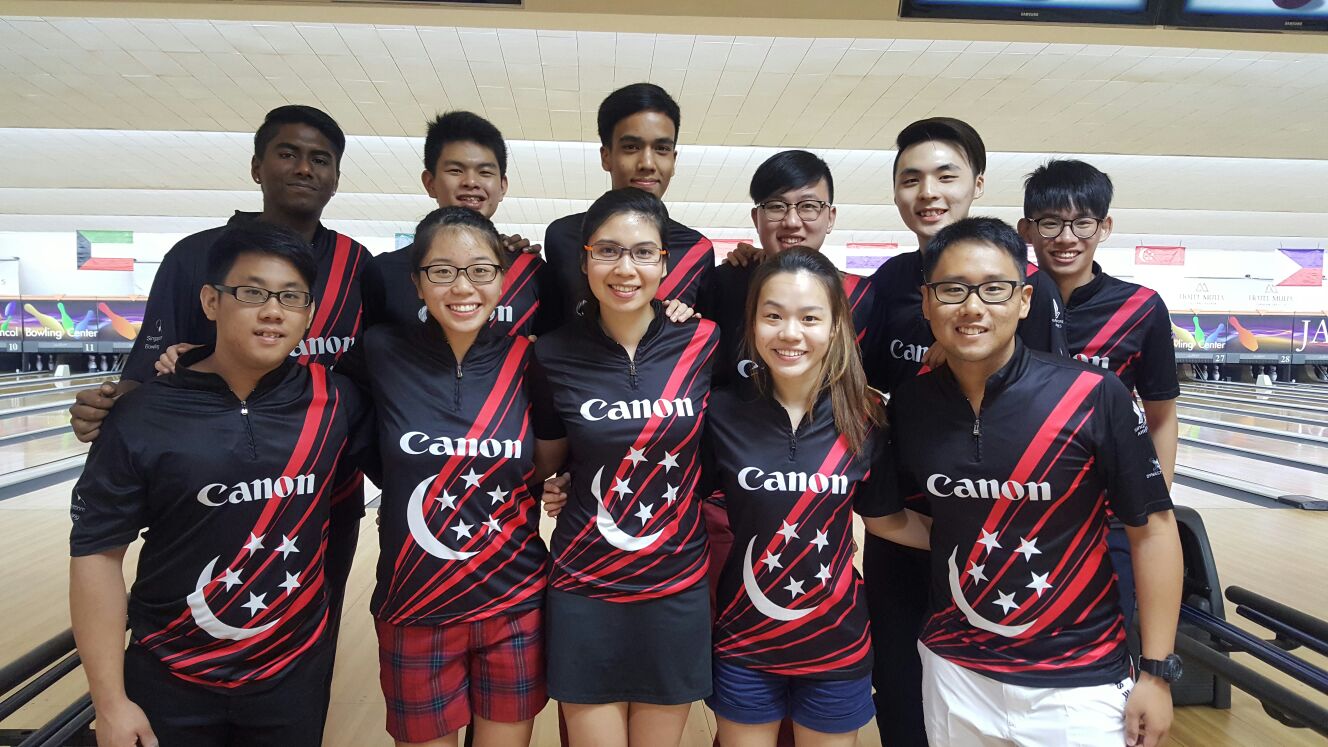 Marcus Kiew prevented an American PBA pro sweep of the top three spots of the men’s division by taking up second position with 1859 despite 141 pins behind 2005 PBA Player of the Year, Tommy Jones of USA, who won the stage with 2000.

DJ Archer and two-hander, Shawn Maldonado of USA finished third and fourth positions with 1846 and 1818 respectively. Keith Saw, who had a superb start with 290 in his opening game ended in sixth position with 1793 while Ahmad Safwan Shamsuddin finished in 15th position with 1690.

Two left-handers, ex-national head coach, Remy Ong and Derek Chan made up the five Singapore men who advanced to the next stage in 11th and 12th positions respectively.

2012 Indonesia Open champion, Isaac Russell of Malaysia was the cut in 18th position with 1677 while 2016 Asian Championships two silver medallist, Annop Arromsaranon of Thailand missed the cut by three pins to finish in 19th position with 1674.

Three Singapore men advancing to the next stage

Three Americans, five Singaporeans, three Indonesians, three Malaysians, two Japanese, one Macau men and one Hong Kong men advanced. The top 18 men will be joined by the top three local and the top three overseas seeded qualifiers for another eight games from scratch in Stage 2 finals.

National Interstate Championships Masters gold medallist, Aldila Indryati was the sole Indonesia women to progress to the next stage in tenth with 1654 while defending champion, Nadia Pramanik missed the cut in 16th position.

The top 15 women will be joined by the top three local and top three overseas seeded qualifiers for another eight games from scratch in Stage 2 finals. The top six women and top six men finishers will advance to the stepladder shootout finals to determine the champions.