It was a glitzy night at SingaporeBowling@Rifle Range where the very first edition of Ambassador’s Night was held.

Jointly-organized by SingaporeBowling and the Embassy of Costa Rica, the event was aimed at creating a healthy work-life balance among working adults through the sport of bowling.

Dressing up to the movie theme, Technical and Executive Director Mr Mervyn Foo and the national bowlers – Geraldine Ng, Jasmine Yeong-Nathan, Daphne Tan and Shayna Ng – surprised guests with a re-enactment of a confrontation scene from Star Wars. The Stormtroopers, Princess Leia and the Jedi Master resolved the deadlock by battling it out in a bowl off.

It was a sweet end to the evening for both teams from the Teochew Poit Ip Huay Kuan who walked away as first and second-place winners for the Team Bakers’ event. The Community Team of the European Union were the second runner up. All teams walked away with products generously contributed from Canon.

The next edition of SingaporeBowling’s Ambassador’s Night is slated for the last quarter of 2017. 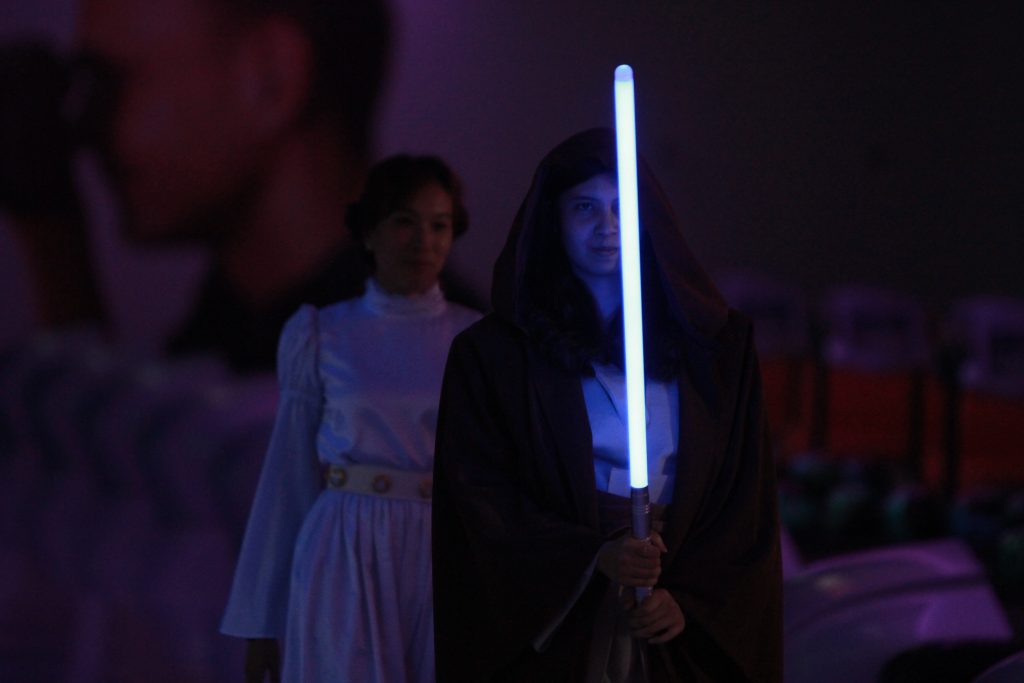 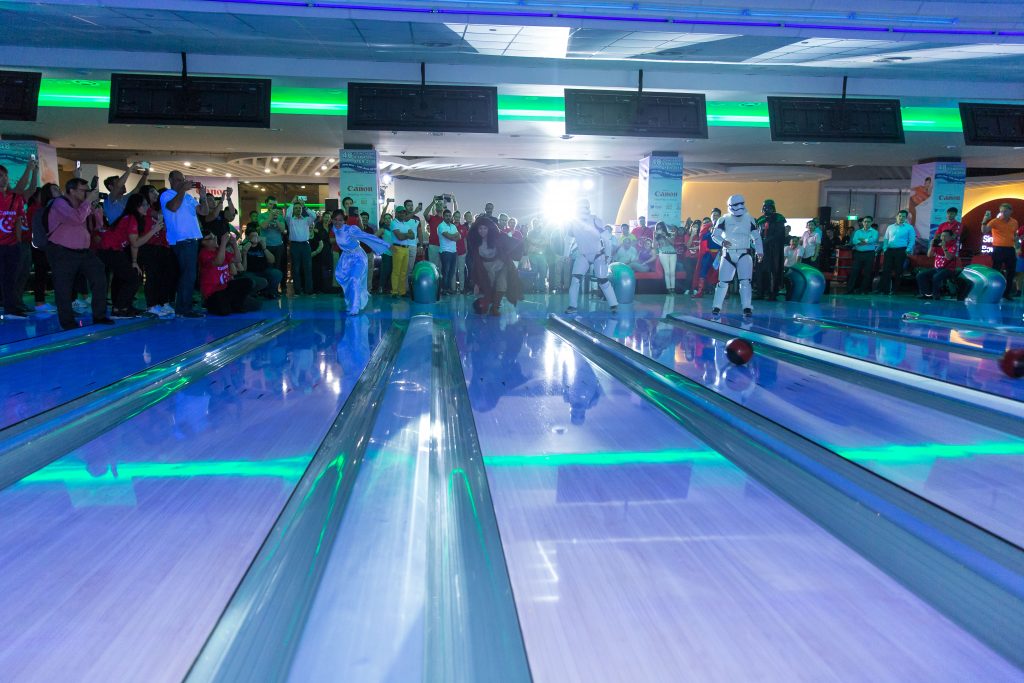 Princess Leia (Geraldine Ng), Jedi Master (Jasmine Yeong-Nathan) and Stormtroopers (Daphne Tan and Shayna Ng) battle it out in a bowl off. 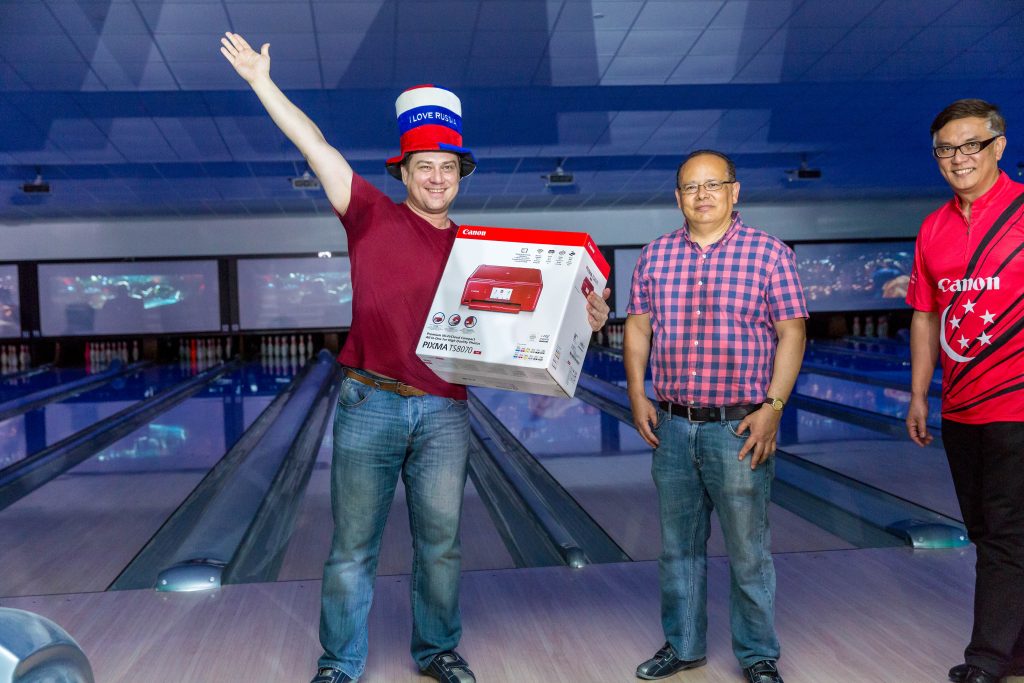 Mr Best Dressed receives his prize from His Excellency Jairo Hernandez-Milian, Ambassador of Costa Rica and Dean of the Diplomatic and Consular Corps in Singapore. 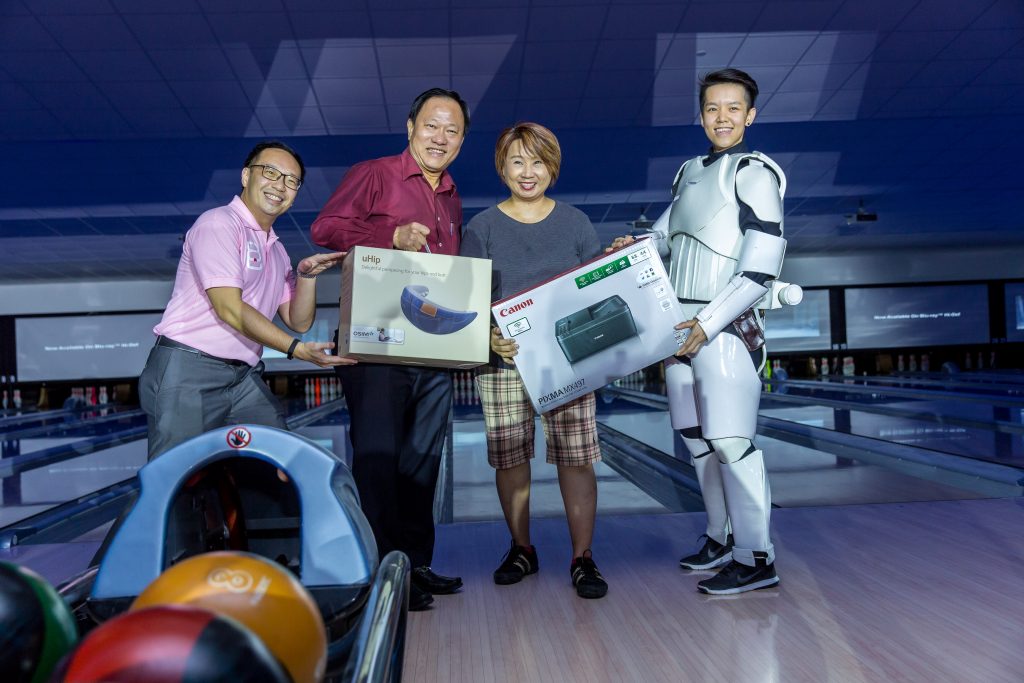