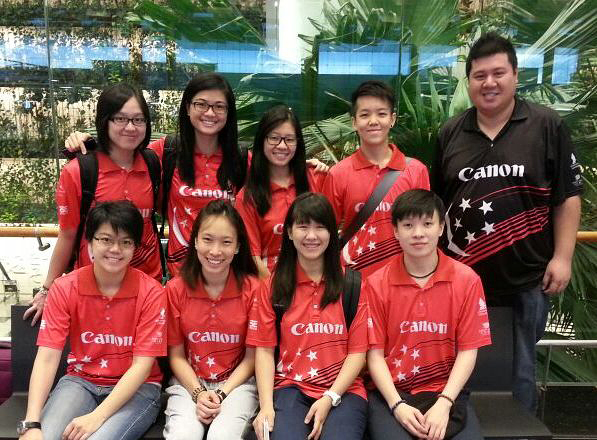 2012 Indonesia Open, Geraldine Ng headed the six Singaporea women to finish in seventh position with a 15-game total of 3286. Ng had a slow start in the opening round with 1061 ending up in 37th position.

But the 28-year-old recovered an better 1107 scoreline in the second round to move up to 17th position with a total of 2168. Ng put another splendid 1118 in the third round to leapfrog into seventh to advance to the matchpay finals.

Jazreel Tan and national rookie, Joey Yeo also made the cut in 25th and 27th positions with 3135 and 3150 while Singapore Sportswomen of the Year, Shayna Ng squeezed in with 3137 in 32nd position after winning a one-game roll off 214-182 after tieing with Kerry Smith of USA.

The remainder two Singapore women who did not make the cut were New Hui Fen missing the cut by 4 pins in 34th position and Bernice Lim in 49th position with 3084.

Shayna will meet Britini Hamilton of USA, Jazreel will square off with Kelly Kulick of USA, Daphne with Missy Parkin of USA, Joey with Putty Armein of Indonesia, Geraldine with Erin McCarthy of USA and Cherie with Carol Gianotti of Australia in the first knockout matches.