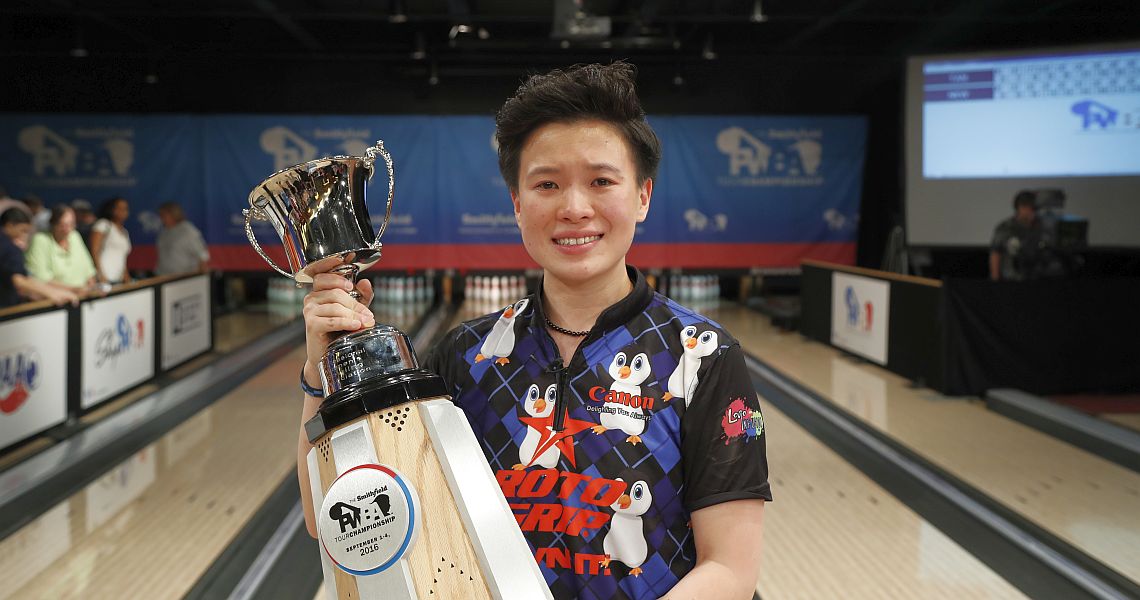 The exciting all-Singapore final was the highest-scoring match of the day as New started with five consecutive strikes, before a 4 pin in the sixth frame derailed her chance at perfection. The championship round was broadcast live on CBS Sports Network.

After tossing one strike during the first four frames, Tan closed the gap with strikes in frames five through nine, which forced New to strike or spare in the last frame to win the final event, and the fourth major of the 2016 PWBA season. New left a 10 pin on the first shot of her 10th frame and converted the spare to claim the victory and the $20,000 prize.

“I think this win will impact many other players like how Joseph Schooling has impacted all of Singapore with his win in swimming at the Olympics,” New said. “What he said was really true, ‘even people from the smallest country can do great things.’ So, I believe our neighboring countries will look at us and say ‘wow, if they can do it, so can we.'”

The PWBA Tour experienced an influx of international talent this season with Team Singapore playing a big role in the second year of the re-launched Tour.

New capped off a season that included third-place finishes at the Nationwide PWBA Sonoma County Open and PWBA Storm Sacramento Open, and a fourth place finish at the U.S. Women’s Open.

In the process, New became the fourth player from Singapore over the last two seasons to win a PWBA event or major championship.

Despite competing in just six events this season, New earned enough competition points to secure another coveted title 2016 PWBA Rookie of the Year.

The 24-year-old right-hander entered the Smithfield PWBA Tour Championship needing to defeat fellow rookie Jennifer Higgins of Westerville, Ohio, in the opening round of match play and Danielle McEwan of Stony Point, New York, in Round 2, to secure enough points to win the award.

New is the first international rookie of the year since Australia’s Cara Honeychurch in 2000. The Singaporean earned her spot in Sunday’s championship match by defeating two-time PWBA champion Rocio Restrepo of Louisville, Ohio, 213-189. Tan knocked off Liz Johnson of Cheektowaga, New York, 199-195, in the first semifinal.

Despite the loss, Johnson, a USBC Hall of Famer, claimed her second consecutive PWBA Player of the Year award. The race for the postseason honor came down to Johnson and Restrepo, with Restrepo needing to win the Tour Championship to claim the award.

With Restrepo’s loss in the second semifinal, Johnson became the first player since Wendy Macpherson in 2000 to win the award in consecutive years.

This year, Johnson led the Tour in points, earnings and tied for the lead in championship-round appearances. She also won two events this season, the PWBA Las Vegas Open and her fifth career U.S. Women’s Open title.

PWBA members qualified for the Tour Championship by either winning a title during the 2016 season or earning enough competition points. All 2016 PWBA Tour champions (who were PWBA members at the time of their victory) received an automatic invitation to the Tour Championship, and the remainder of the 16-player field was filled out through the PWBA points list.