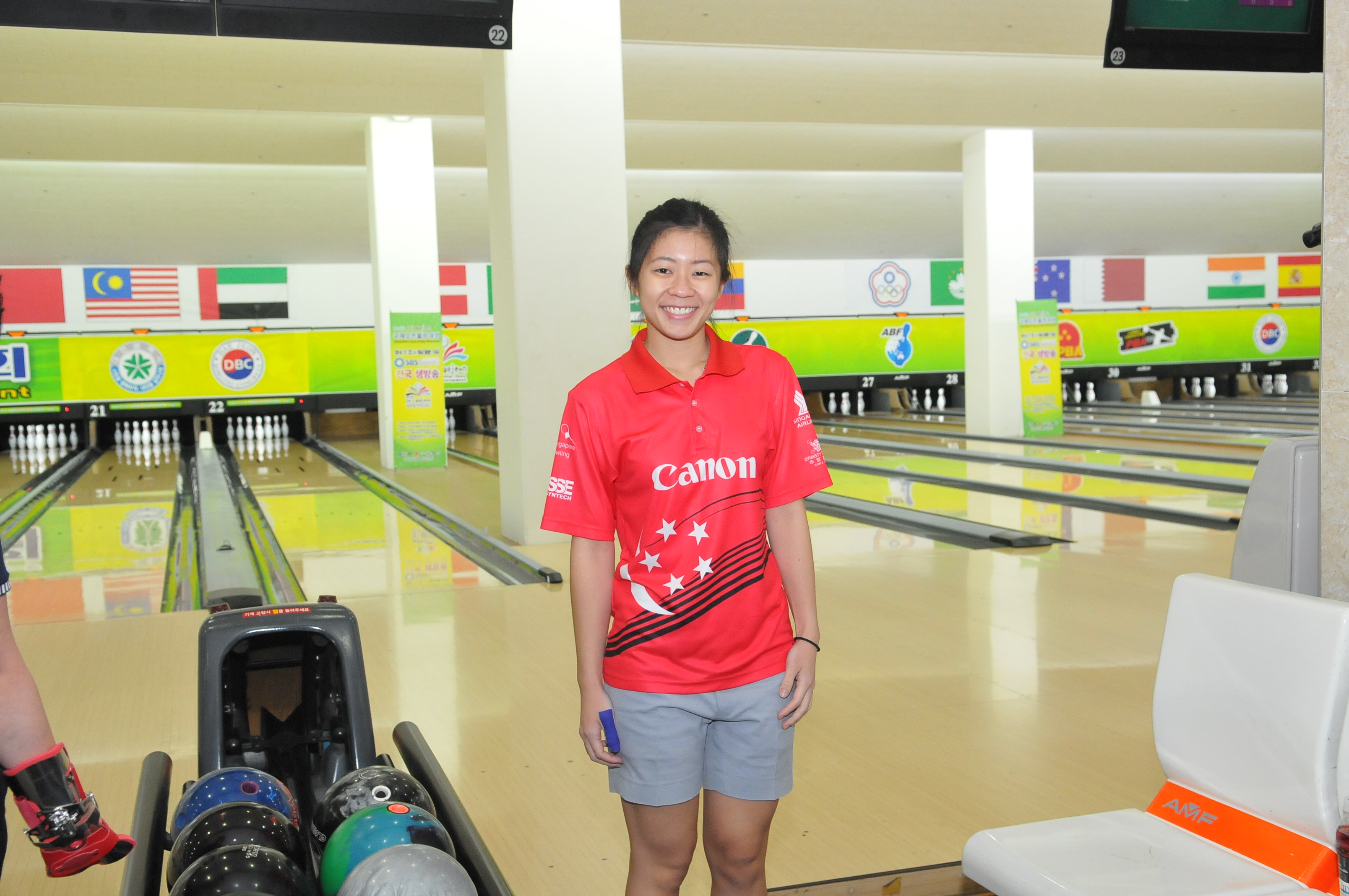 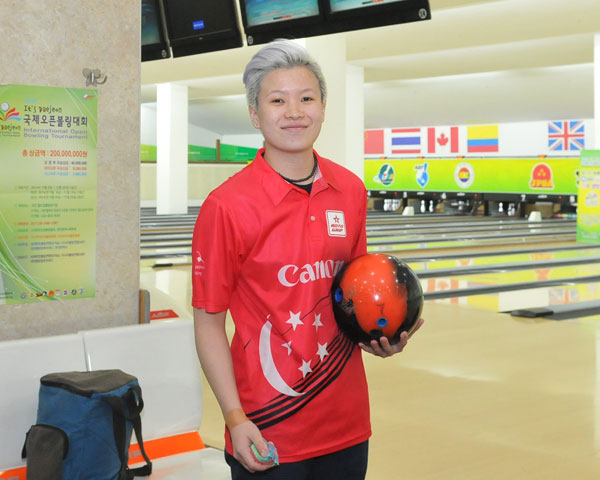 Jazreel Tan finished third with 1914 followed by Cherie Tan, Daphne Tan and Shayna Ng in fourth to sixth positions with 1834, 1742 and 1654 respectively. The women can also attempt to qualify in the Open division especially when they receive 8 pins handicap.

The top 15 local, top 10 overseas and top 19 from the mixed pool will qualify for the finals. Only the top 2 after the finals will advance to the stepladder finals.

Meanwhile, PBA pros, Dan MacLelland of Canada and Josh Blanchard of USA stamped their mark at the tournament by occupying the top 2 positions of the Open division overseas pool. MacLelland, who had only two attempts after arriving Daejeon yesterday, posted 773 and 660 for a 6-game aggregate o 1393 for the lead.

His Columbia 300 team-mate, Blanchard, who also shot the second perfect game with 299, registered 1317 after two attempts as well. Debutant and 2013 ABF Tour TOC winner, Surasak Manuwong of Thailand finished third with 1220 on two attempts ahead of compatriot and 2014 Asian Games Singles gold medalist, Yannaphon Larpapharat with 1150 in fourth.

Hyun Sook is the best women bowler competing in the Open division with a handicap of 8 pins per game. The top 50 local qualifiers will make the cut for the finals. The current cut in 50th position went to Kim Byeong Hak with 1920.

All the finalists will take part in the official practice on November 19 followed by the official opening ceremony.

Qualifying will end tomorrow and the finals will be contested on November 20 for the Senior and the Open division first block of 8 games. The top 5 Senior finishers will advance to the stepladder shootout finals.