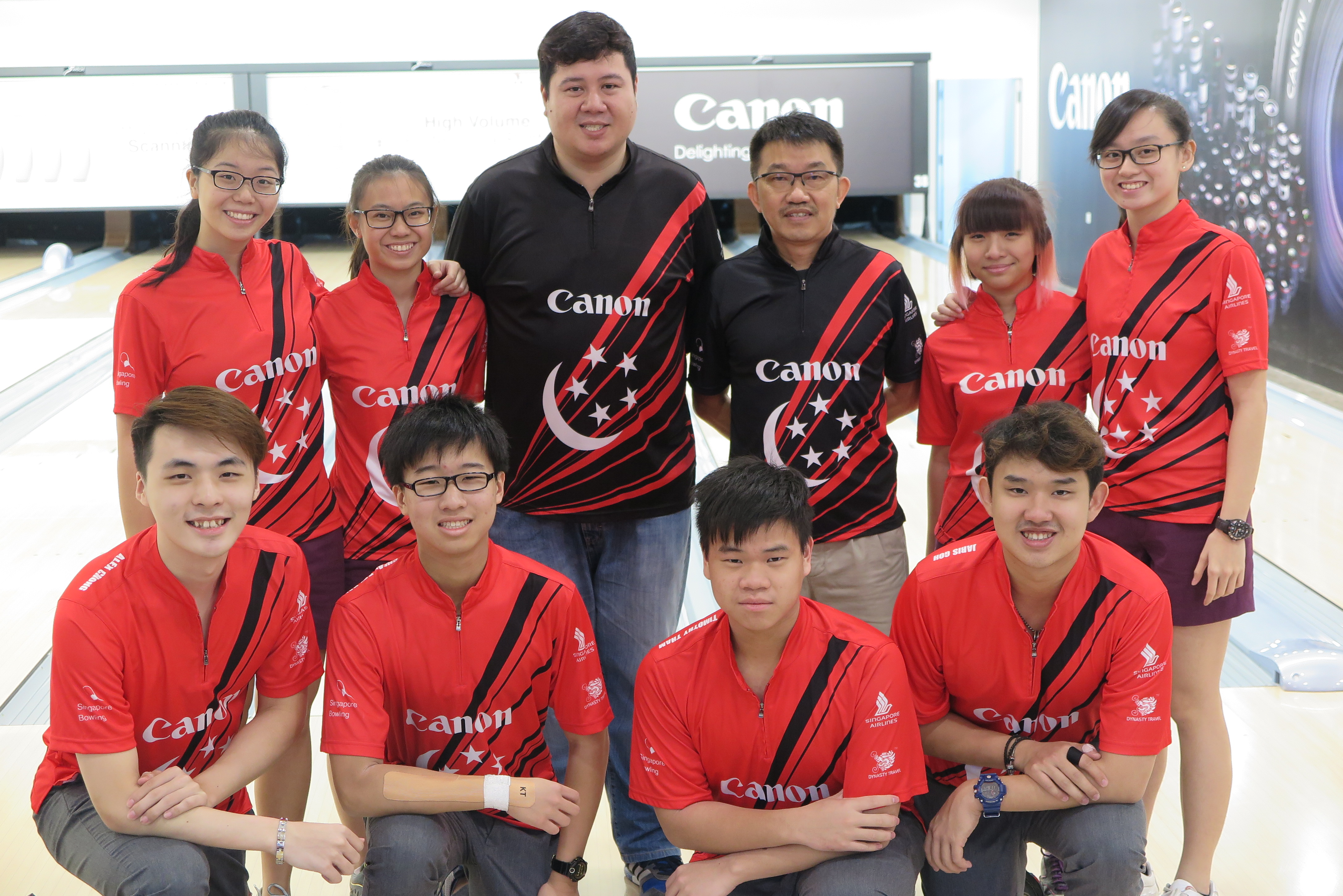 A total of 207 youths from 37 countries from around the world marched past in front of a packed crowd at the Sun Valley Lanes during the opening ceremony held yesterday. The youths comprised of 128 boys and 79 girls accompanied by 86 team officials and coaches have converged in Lincoln, Nebraska, USA.

After the team parade, there was a presentation of the Colors Guard by representatives of the Lancaster Country Sheriffs Office and Lincoln Police Department followed by the National Anthem of United States of America sung by students from Lincoln Pius X High School. The capacity crowd were then entertained with dances from the Native American group.

Sheikh Talal, on behlaf of World Bowling, welcome all participants and officials to the World Youth Championships followed by the inspiring speech by Lincoln City mayor, Mr Beutler.

Lancaster County Commissioner, Ms Amundson thanked and encouraged all the participants and officials to spend time to visit the historical Lincoln city when they have time off the competition.

The speeches ended with Mr Losito, the proprietor of Sun Valley Lanes providing words of wisdom and encouragements to the participants and hoped that they will find the event exciting to compete in and the facilities and services rendered by his hard working staff adequate.

Hand plaques, as tokens of appreciation, were handed to the distinguished guests by members of the organising committee and staff of Sun Valley Lanes. Mr Del Wendt took the officials oath while members of Team USA, Mr Wesley Low Jr. and Ms Gazmine Mason took the athletes oath.

Ealier in the day, the Team Managers meeting were held to finalise the competition with teams confirming their line up, going through some important points pertaining to the rules of the championships and technical matters. Also discussed were lane rotation, registration of bowling balls and opening ceremony procedures.

The technical director also handed out the Rome 45-feet World Bowling oiling pattern that will be used for the championships. Before the meeting ended, several team officials and coaches put forward questions regarding technical issues to members of the head table and they were delt with appropriately.

The team is led by Acting National Head Coach, Franis Yeo, who have been to the last four youth championships since 2008. He will be able to provide much needed help Singapore youths at the meet. National Assistant coach, Helmi Chew will be assisting him.

The official practice will be held tomorrow, July 25 with countries divided into five squads. The competition proper will kick off with the Singles (Boys and Girls) on July 26 and 27. The Doubles on July 28 and 29, and the Team on July 30 and 31.

Qualifiers of the Masters Finals, based on their All Events (18 games from the Singles, Doubles and Team events) will contest Step 1 and 2 finals on July 1 and concluding the championships with the Step 3 and 4 finals on July 2.