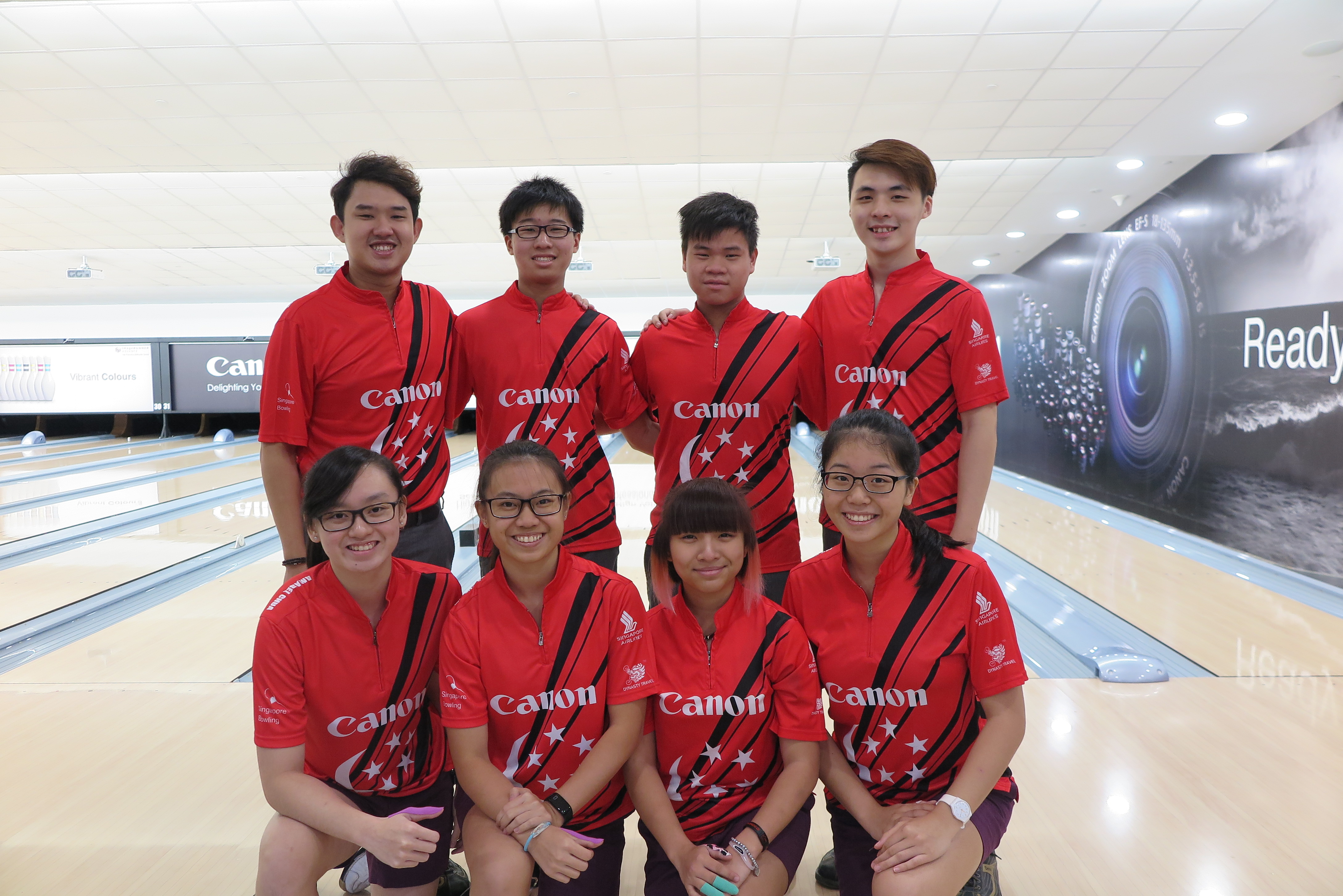 30th July, Lincoln, Nebraska: Singapore put in some promising display in the Team of Four event at the 14th World Youth Championships with the boys finishing seventh overall and the girls eighth after the first block.

Alex Chong, Timothy Tham, Cheah Ray Han and Muhd Jaris Goh started well with 807 and added 843 in the second game to take up second position behind pace-setter, Japan. Although Team Singapore completed the first block with 838, they ended up fourth in the first squad.

Japan took second position while Sweden, who trailed USA in the second squad, settled for third overall with 2614 and Norway finished fourth. Singapore is only 96 pins off Norway and has a good chance of making the top four semi-finals from their second block.

In the girl’s division, Singapore’s Amabel Chua, Joy Yap, Charlene Lim and Tracy See showed early promise with a superb opening game of 875 to take up third as Canada set the pace ahead of Sweden in second.

A poor 715 in the second game saw them slipped down the field as USA took over the lead with Malaysia moving up the field to trail the leader. The American quartet ended the first block with 2600, 107 pins of Malaysia in second with 2493.

Korea stormed home to clinch third position with 2468 with Canada and Sweden rounding up the top five. Singapore only managed 813 in their third game to end up eighth with 2403 behind Mexico and Japan but only 41 pins off fourth-placed team.

If the girls can turn in a stronger performance in the second block, they have a good chance of making the top four semi-final spots. An encouraing note is three Singapore girls are in the top 24 in the All Events standings.

Singapore girls need to step up in the second block

Chua and See are well-placed tieing in 16th position with 3002. Lim is occupying the cut at 24th position with 2921 and will need to prevail in the second block of the Team event in order to secure her Masters final spot. Joy Yap is in a lowly 52nd position with 2782.

The top four boys team and top four girls team at the end of the second block will advance to the single-game knockout semi-finals. The winners will contest the gold medal in the final.

The winners will join the seeded qualifiers in another best-of-3 games knockout Step 2 Masters finals. The eight winners of the Step 2 round will meet in the Step 3 quater-finals round in which the winners will advance to the semi-finals and finals.

129 boys and 79 girls from 37 countries are taking part in the 14th edition of the World Youth Championships at Sun Valley Lanes in Lincoln, Nebraska, USA.