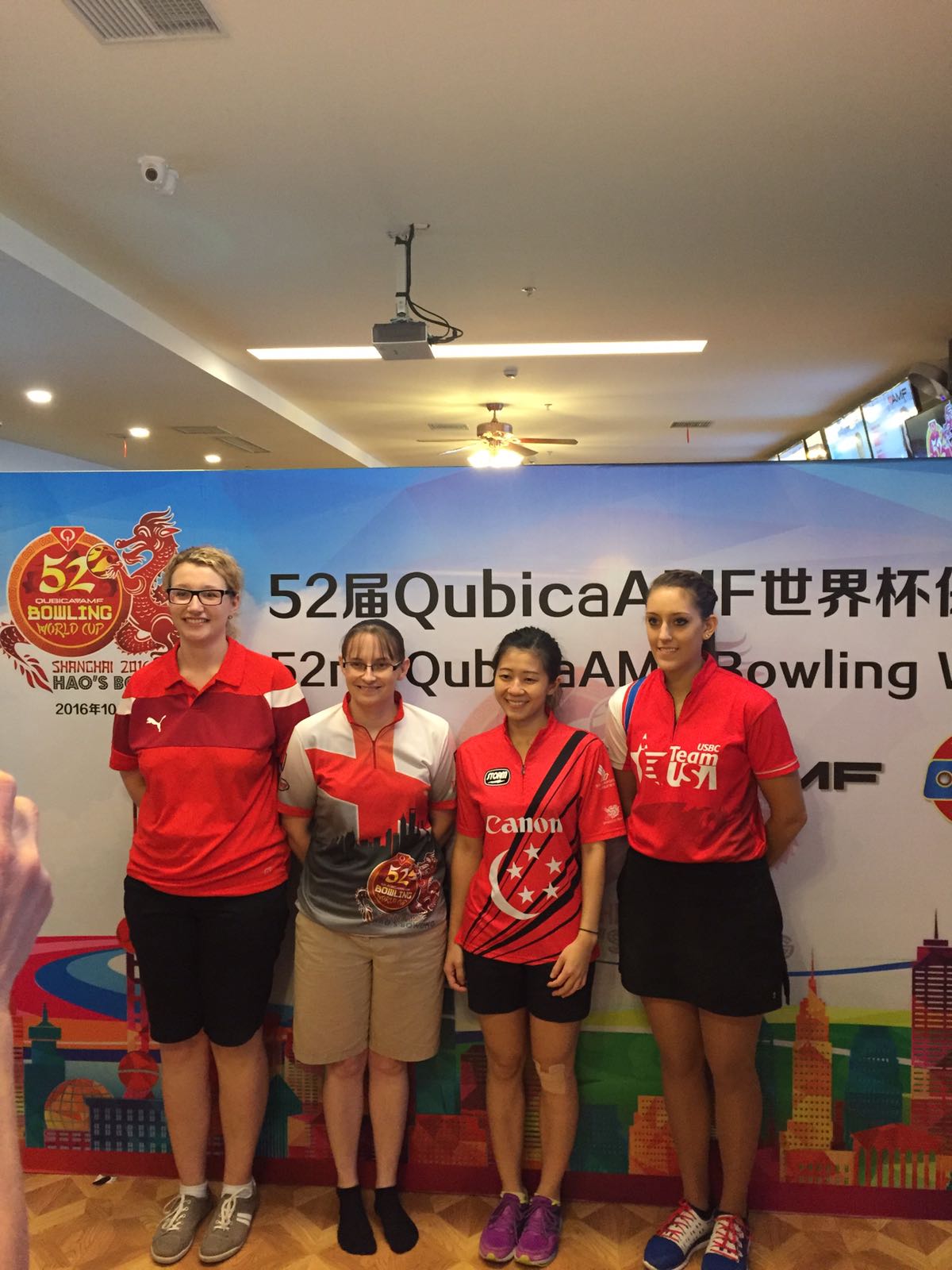 22nd October, Shanghai: Top 24 Round leader, Bernice Lim ended the Top 8 Round-Robin finals of the 52nd QubicaAMF Bowling World Cup in pole position to set up a grand finale and Singapore’s chance for a third victory.

Lim could not have asked for a better start in the Round-Robin matchplay finals after winning her opening game with 267 to continue where she left off in the previous round. The 24-year-old USBC Queens champion won five matches of the eight contested to finish atop the field with 7842 and make the TV finals as top seed.

Sweden’s Jenny Wegner made the top four with 7649 by winning five matches. Lisa John of England missed the cut by 43 pins to end her campaign in fifth position with 7606. Nadine Geissler of Germany, Rebecca Whiting of Australia and Iliana Lomeli finished sixth to eighth positions respectively.

In the women semi-finals, to be stage in the arena at the Luwan Sports Complex, No. 1 Lim takes on No. 4 Wegner and in the other match, No. 2 McEwan bowls No. 3 Afifah. The winners will bowl for the title while the loser tie for third place.

In the men’s division, Martin Larsen of Sweden advanced to the top four TV finals as top seed after topping the field with 7865 from six wins in the Round-robin finals. Home favourite, Wang Hongbo of China finished second with 7727 from just four wins.

Anze Grabrijan of Slovenia took third spot with 7543 from four wins while the fourth and final TV spots went to two-hander, CHristopher Sloan of Ireland with 7521 from six wins.

David Simard of Canada missed the cut by a distance with 7429 and Petteri Salonen of Finland, Sam Cooley of Australia and Yan Korshak of Russia finished sixth to eighth positions respectively.

In the men’s semi-finals No. 1 Larsen takes on No. 4 Sloan and No. 2 Hongbo bowls No. 3 Grabrijan. The winners will bowl for the title, the loser tie for third place.