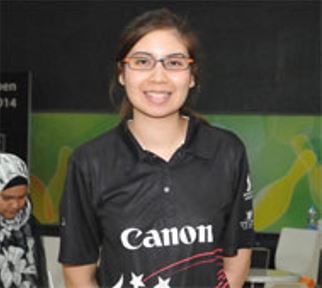 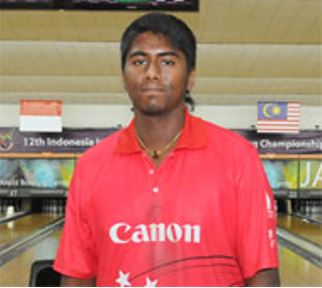 25th October, Jakarta: Suresh Elangovan and three women, Iliya Syamin, Jasmine Yeong-Nathan and Charlene Lim advanced into the next stage of the Men’s and Women’s Open Masters finals of the 12th Indonesia International Open on Saturday.

Suresh made the cut in 17th position with an 8-game total of 1679, averaging 209.88 as Johnathan Chan of Malaysia and newly-crowned Senior Masters champion, Gu Yong Jin of Korea fought out a fierce battle for the lead throughout the stage.

Chan rounded out with two back-to-back 258 games to win the stage with 1938 as the Korean settled for second position with 1884. Rafif I Santoso was Indonesia’s best performer taking up third position with 1809.

Seven Malaysians, five Indonesians, two Hong Kong nationals, two Korea pros and one Indian and one Emirati made up the top 18 men who will join the 6 seeded qualifiers for Stage 2 finals tomorrow.

Sharon Koh of Malaysia was the cut in 15th position with 1587. Joan Cheng and Chan Shuk Han joined Ng to have three Hong Kong women in the next stage. Three Malaysians and three Singapore women also made the cut who will join the 6 seeded qualifiers for Stage 2 finals tomorrow.