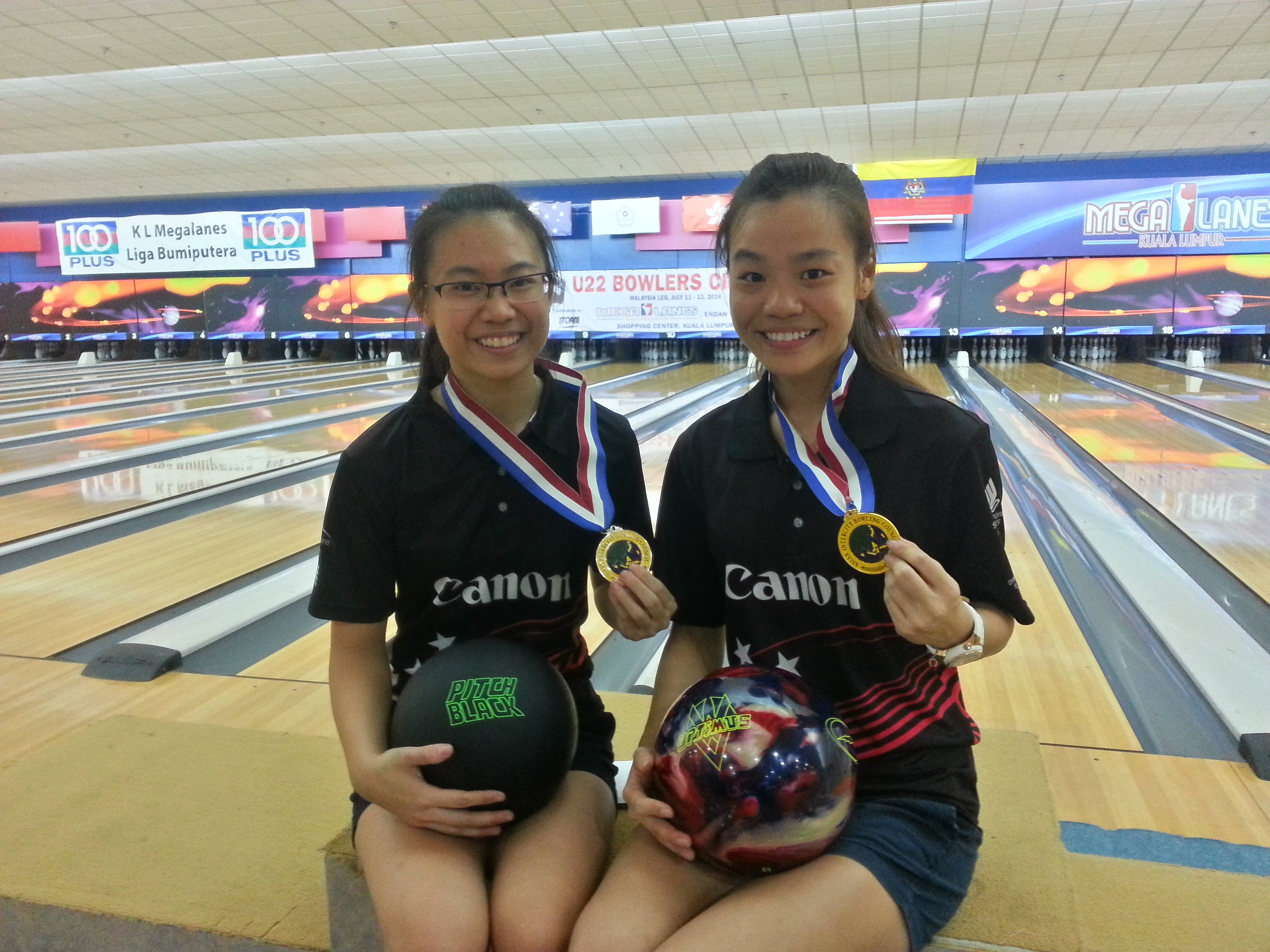 13th July, Kuala Lumpur: Singapore youths put in another stellar performance at the second leg of the U22 Bowlers Circuit 2014 by AIBC by sweeping the top two positions at Endah Parade Mega Lanes on Sunday.

First runner-up, Lim sailed past second-seed, Toh Yih Hong of Malaysia, 210-207 to face Tay in the finals. Lim also cruised to the semi-finals with an easy victory over Muhd Firdaus of Malaysia, 267-172 in Round 4 while Mohd Zharif beat Teh Lit Qing, 269-234 for his place in the semi.

Tay advanced as top seed after a 2-0 victory over Mohd Haziq of Malaysia in Round 3 as Toh beat Cheah Yong Ren of Kuala Lumpur, 2-0 while Lim needed a third game decider beating Muhd Amirrul Afif of Malaysia, 2-1 to progress.

U22 Bowlers Circuit Singapore leg champion, Kuek Qi En of Singapore finished 7th after losing to Toh 0-1 in Round 4 despite beating compatriot, Isaac Ng 2-0 in the earlier Round 3.

The third leg will be hosted by Ho Chih Minh, Vietnam in August. The Grand Finals will be held in conjunction with this year’s Asian Intercity Bowling Championship in San Juan, Philippines.