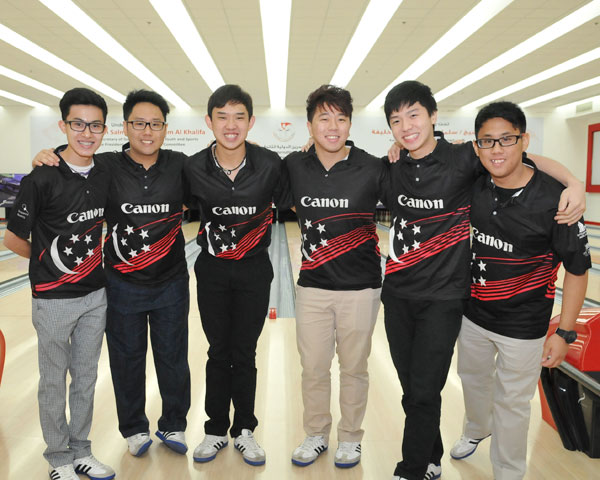 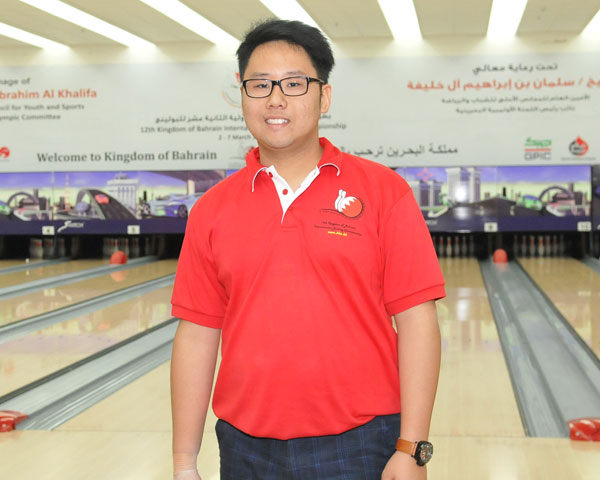 2nd March, Manama, Bahrain: 2013 MILO All Stars champion, Keith Saw had a better start at the PBA-WBT #8 12th Kingdom of Bahrain International Open by taking up second position in the opening block of Squad B on Sunday.

Sithiphol Kunaksorn set the opening pace with a superb 237, 3 pins ahead of newly-crowned H.H. Emir Cup champion, Chris Barnes of USA in second and 2013 MILO All Stars champion, Keith Saw of Singapore third a further 3 pins away.

Barnes, the two-time PBA Bowler of the Year, shot into the lead after the American followed it up with another fine 236 as the Thai slipped down to trail by 38 pins with Rickle Kam of Hong Kong moving up to third.

The PBA pro held the lead up to the halfway mark albeit only 7 pins as a second Thai, Yannaphon Larpapharat closed in onto the American in second and Kam holding on third spot.

Keith rolled a strong game of 247 in the fourth after he had amassed a respectable 635 in his first 3-game series to take over the running as Yannaphon continued to occupy second position and Barnes slipping away quickly.

Another 256 in the fifth games from the Singapore youngster allowed him to stay in the lead and widen his gap from 11 to 22 pins going into the sixth and final game.

Yannaphon ended stronger with 216 to snatch the lead with 1332 while Keith suffered a set back with 179 to settle for second with 1317. A second Hong Kong national, Wicky Yeung stormed home with 247 and 267 in his last two games to leapfrog into third spot with 1310.

Debutants, Joel Tan downed 1215 to end the first block in 12th position with Keith’s elder brother, Howard in 15th and Ng Chiew Pang in 16th with 1181 and 1178 respectively. Muhammad Jaris Goh failed to get into his usual stride managing a lowly 22nd position with 1073.

Squad A has been cancelled with Squad B and C being contested over two blocks of 6 games each. There will three additional squads – D, E and F from March 4 to 5 and the combined scores from all the squads will finalise the standings.

Qualifiers positioned 19 to 27 plus the top 2 Bahrainis not in the top 27 and a top Bahraini women will contest the Round 2 finals. The top 6 after the finals will advance to join the 6 quaifiers from the third bracket for Round 3 finals.

The top 3 finishers in Round 5 finals will proceed to the TV Shootout finals to determine the champion. The top prize for the champion is US$25,000 and if he is a PBA member, he will be awarded an international PBA title.

The 12th Kingdom of Bahrain Internationa Open is the eighth stop of the 2014 PBA-World Bowling Tour and will earn tour ranking points toward qualification to the Grand Finals.